Take Back Your Youthful Look In A Natural Way.

You want to get rid of your facial wrinkles, but you don’t want the “frozen” look that people often associate with Botox. What are you to do? Dysport injections are your saving grace. Dysport delivers a different kind of injection — a hyperlocal, natural-looking treatment to your facial muscles that smooths your frown lines while leaving you the ability to express yourself just as fully and natural-looking as before. Schedule your Dysport treatment at Kallgren Dermatology in Boulder today! 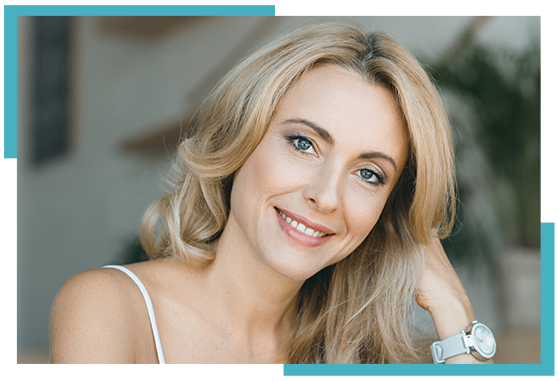 dysport prescription injections provide your skin a wealth of benefits:

There’s a reason why 97% of users say they would happily use Dysport again. A reason why, from 2004 to 2014, men’s use of Dysport has grown by a factor of four. There’s a reason why people all across America are taking back their youthful appearance in a way that looks truly natural. Wrinkles aren’t their style, and they’re doing something about it.

For adults going for a more natural look, but not the “frozen look,” Dysport delivers something different. This prescription injection is proven to help smooth out the appearance of moderate to severe frown lines between the eyebrows. However, it temporarily treats facial muscles in only that area, and your untreated facial muscles look and function normally. That means you can still be you and express emotion your way. The only thing minimized are the lines.

No more between-the-brow lines that make you look angry, tired, or old. Just a smooth expanse of skin that never interferes with you letting the world know how you feel. Is Dysport right for you? Reach out to your doctor to be sure, and contact the specialists at Kallgren Dermatology Clinic in Boulder online or by phone for more information.

Dysport is a prescription injection that is primarily used as a wrinkle treatment, though it can also be used to treat muscle spasms related to certain kinds of neurological conditions. It’s a kind of botulinum toxin that’s injected under the skin to target specific muscles. A Dysport injection is considered a non-invasive procedure and was approved by the FDA in 2009. If you have moderate to severe facial wrinkles and are under the age of 65, you’re likely a candidate for a Dysport injection.

Dysport belongs to the same class of injections as Botox and Xeomin, a class known as neuromodulators. Unlike its more famous classmates, though, Dypsort targets small, specific areas of your face — the frown wrinkles between your eyebrows and wrinkles in your forehead— substantially reducing the chance you get the “frozen” look that is often associated with significant Botox injections.

What To Expect At A Dysport Injection Appointment

When you schedule a Dysport treatment with Kallgren Dermatology Clinic in Boulder, one of our doctors will inject a small amount of Dysport directly into the muscles between your eyebrows and on your forehead that are causing the significant wrinkling. It’s not the most comfortable feeling, but the Dysport quickly relaxes the muscles, gently limiting its movement to prevent the formation or deepening of wrinkles, which are caused by a combination of repetitive movement over time, aging, and your genetics. Our doctors may also apply a topical anesthetic beforehand if there’s any chance or worry that you might feel pain. As the treated muscles relax, the skin above them — the skin between your eyebrows and on your forehead — becomes smoother, temporarily reducing your wrinkles.

The procedure itself takes only a matter of minutes, and there is little to no recovery time required afterward. You can schedule your own Dysport injection treatment and only need to take as little as an hour or two off from work, though the time you take off for the procedure is up for you.

What To Expect After Your Dysport Injection

You can go home or back to work immediately after your Dysport injection treatment. There is a slight chance you may experience mild side effects, but there’s essentially no recovery time necessary unless you personally feel that you need it. You could see results in as soon as two days, and the temporary smoothing of your skin can last up to four months. A 2018 study by the National Institute of Health of 104 Dysport patients found a success rate of nearly 90 percent in wrinkle treatment a month after injections were received.

It’s important to keep in mind that the effects of Dysport are temporary, and if you enjoy a smoother forehead and decreased eyebrow wrinkles, you’ll want to schedule another injection after a few months to maintain the smoothness.

Be sure also to avoid rubbing the site of your injections, as doing so can increase your risk for side effects and spread the Dysport to places it shouldn’t go. You’ll also want to wait two hours after your Dysport injection before exercising or engaging in other kinds of physical activity.